WC Tactics has added the Venture to its roster of WC1 era capital ships. Since Tactics is based on Nexus: The Jupiter Incident, the Venture should play a critical role in the light capship position. 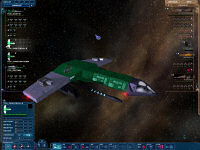 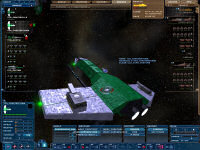 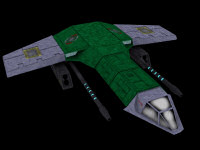 Twin-engined Venture-class corvettes remain the archetypal Terran Confederation corvette to this day. From the end of the Vega Campaign to the opening moves of Operation Backlash, Ventures have served in patrol, reconnaissance, VIP transport and escort roles. When assigned to border patrol duties, a Venture may remain on station in space for two or three years without returning to base.

Notable Venture-class corvettes include the TCS John Bunyan and TCS Johnny Greene, which helped perform the initial reconnaissance of Vukar Tag, and the TCS Marciano, which was one of the first responders to the Goddard disaster.

The Fralthi will be appearing next. Some preliminary shots have been released. Chevieblazer is looking for feedback on the designs here. 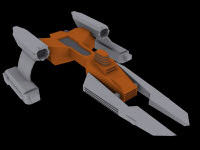 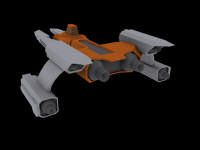 The other Nexus mod, Wing Commander 2634, has upgraded its website with more English content. Progress reports, screenshots and downloads are now available, though the gallery section might load a bit slow. Prospective modders and modelers can make use of the model archive. You can visit the site here. 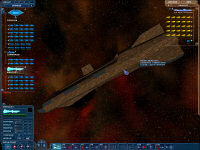 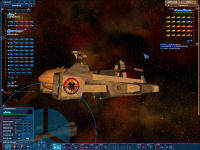 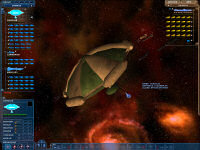 That was close. We almost got "Who let the Nintendogs out?" as the headline. Today Nintendo releases Advance Wars DS and three versions of Nintendogs. We're looking forward to some dual screen action at DragonCon this year. But before you run out and grab a DS to join us, don't forget that while Prophecy Advance looks better on the system, you need a regular GBA or SP to do multiplayer. 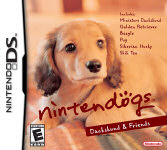 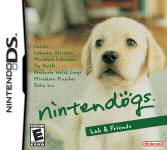