The Big GBA vs DS Match-up

To celebrate the launch of the Nintendo DS in Japan this morning, we've got some exciting comparison shots featuring Wing Commander Prophecy on the Gameboy Advance and the new DS. 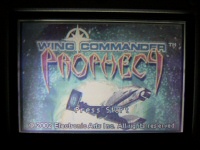 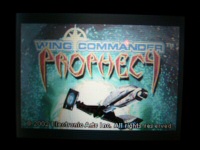 The differences are somewhat substantial. The DS improves upon the GBA's 240x160x32,000 color screen with its own pair of 256x192x260,000 color displays. You can choose to have GBA games displayed on the top or bottom screen. The frontlight on the original GBA has been vastly improved with the new lighting coming from the sides and behind. The images look much less washed out now. The space is very clearly black instead of a milky blue. 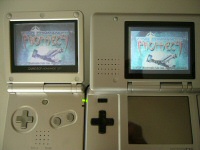 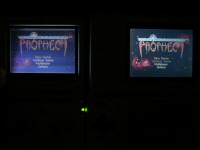 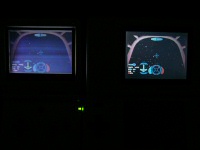 Sound is also dramatically improved. Many GBA games are programmed with stereo effects that can only be heard through headphones. The DS now has two stereo speakers mounted on the unit itself. Max volume has been increased and the quality of sound is much better.

The buttons on the DS face are slightly smaller, which may put off some people, but the horizontal orientation (like the original GBA moreso than the SP) is a bit more comfortable. It would have been very very nice if you had the ability to map controls to the new X and Y buttons, because Prophecy has somewhat complicated controls. As was the case with the move to the Game Boy Player, using Select to drop decoys is easier now. Before you sell off your original Game Boy though, be aware that the DS does not support system link multiplayer with GBA cartridges. You'll be stuck in single player mode if you only have a DS.