We've got another classic review from GamePro and Jonathan Stone. This one analyzes The Secret Missions for the Super Nintendo. It makes the common mistake of loosely referring to this as Wing Commander 2, although that was a separate game for the SNES. The most notable change might be the difficulty level. A new "rookie" difficulty was added, but even the "ace" level doesn't seem to be much harder than the original Wing Commander. The game has a special new introduction movie that goes into greater detail about the testing and operation behind the Sivar weapon. Take off and other minor scenes were expanded as well. The review also used the really pretty stylized art pictured on the box cover. 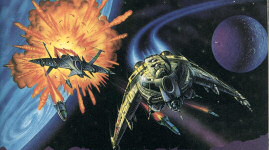 In Wing Commander by Mindscape you literally kicked tail as you blasted the evil cat people of the Kilrathi Empire out of the galaxy. Well, the cats are back and this time they possess the purr-fect planet-busting weapon! They'll stop at nothing to turn the Terran Federation into cosmic kitty litter.

I hate it when people say literally when they actually mean figuratively.

Usage Problem:
1) Really; actually: “There are people in the world who literally do not know how to boil water” (Craig Claiborne).
2) Used as an intensive before a figurative expression.
For more than a hundred years, critics have remarked on the incoherency of using literally in a way that suggests the exact opposite of its primary sense of “in a manner that accords with the literal sense of the words.” 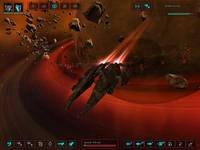 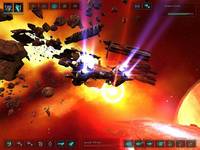 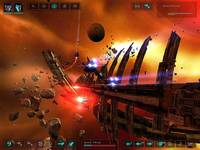 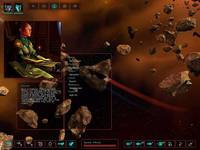