The Game Manuals section is starting to fill out nicely. Duriel has helped us by adding a few extra files. The Secret Missions reference cards were always exciting to me. Though at first they seemed to be little more than installation quickstart guides, they have mission trees and valuable historical facts littered throughout. These tiny footnotes establish things such contact with the Kilrathi that occurred before the infamous Iason Incident in 2629!

All information in this article was compiled from the notes of anthropologist Dr. C.L. Kohl who was captured and executed by the Kilrathi priestesses in 2621 while secretly observing the Sivar-Eshrad ceremony on Ghorah Khar.

The exact purpose of the Sivar-Eshrad ceremony is not known, as the Kilrathi do not allow nonbelievers to be present at their religious ceremonies. But the crews of 3715 Kilrathi warships attended the Sivar-Eshrad on Ghorah Khar.

Here's a list of what's been added today. Note that the Armada VEBEs are an old alternative to PDF files that may take some tweaking to install on newer systems. VEBE (Vermont Electronic Book Engine) must be installed, and must be run under win 95/98 compatability mode in Windows XP.

Fly Around Space With Celestia

Reality based simulations seem to be the in thing right now. Last month we mentioned the X-Plane Space Combat game and the Orbiter simulation. Now TheRedDuke has brought to our attention Celestia. Celestia is a free, open source universe simulation which enables you to explore the solar system and 499 other stars in 3D, in real time. There is also the Motherlode site which offers a whole load of additions to expand on the program's features. It's pretty fun travelling around things like Hubble and Huygens too. You can download Celestia in Windows, Mac OS X and Linux flavors here. 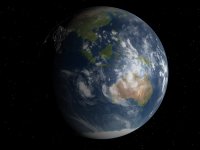 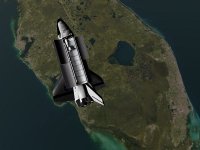