Syndicate Wars was a popular 3d shooter in the late 1990s (1996 PC, 1997 Playstation) developed by Bullfrog and published by Electronic Arts. It was the sequel to the old school Syndicate game that found its way onto a number of platforms. All were published under the aegis of EA, and Syndicate Wars' Playstation debut timed nicely with the Wing Commander 4 PSX launch. Back in 1997 EA spent a lot of money on marketing the Wing Commander franchise, and a number of unique WC4 ads made their way out. Last year we found one of them with Crusader: No Remose. Syndicate Wars has another. 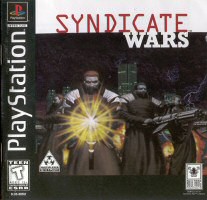 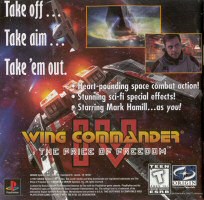 Jerome from the Babylon 5 Chronicles mod let us know that his project has been making quite a bit of progress recently. B5C is a mod for the Wing Commander themed Vega Strike. Unlike many fan projects, Vega Strike uses an original engine and is relatively versatile for attempts such as this. It's pretty neat to see how much work has gone into VS and its derivatives. The engine is still regularly updated with new features and bug fixes, and the B5C project has produced some interesting stuff so far. Here are a few shots of their ships. 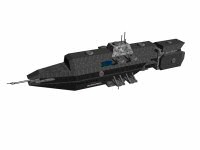 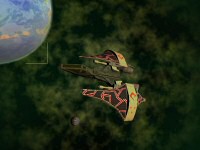 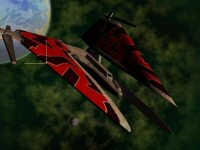 You can find more information and additional screenshots at the Babylon 5 Chronicles website. If you're interested in how this project has developed over the last year, there is a thread about it at the Vega Strike forums.