Get a Glimpse at Intrigue, Betrayal and Death

Over at Crius the other day people were asking about new things added to other console ports of Wing Commander games. I happened across an Origin Crusader No Remorse with a Wing Commander 4 PSX ad inside. It bullets some of the advantages of the game. WC4 was one of the WC products with quite a marketing budget, so back in 1996 you could find ads for this thing everywhere. I always love to see the Origin logo on stuff too (coming tomorrow, a doctored photo of Cpl_Hades with an Origin logo tattoo on his forehead).

The latest epic adventure in the Wing Commander saga applies improved cinematic techniques and photo-realistic graphics to a story of intrigue, betrayal and death. 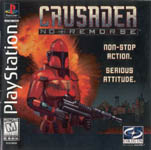 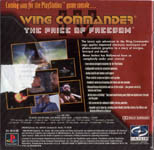