Sol Sector is the home sector of humanity and the Terran Confederation. Sol Sector takes its name from the Sol system and was the first sector explored by humans. The Sol Sector consists of the Petrov, Roan, Terra and Vearrier Quadrants.

The Sol Sector is home to the Sol System, the home system of the Terran homeworld of Earth. It is a densely-populated sector and serves as the political, economic, and military hub of the Terran Confederation. Home to untold billions of humans, the defense of the Sol Sector was top priority during the duration of the Terran-Kilrathi War, and thus was quite easily the most heavily-defended sector in Terran airspace.

Despite its massive defenses, the Sol Sector was subject to a number of Kilrathi incursions during the course of the War. The most devastating of these was the launching of the Hakaga Fleet against the Earth in 2668, which culminated in the disastrous Battle of Sirius and finally, the near-annihilation of humanity at the Battle of Earth. During the invasion, billions of Terrans were slaughtered at their colonies in Sirius, and Earth itself was subjected to orbital bombardment. Although the Terran Confederation Navy was successful in repelling the assault and saving Earth, the destruction was so complete that the Sol System could not be sufficiently defended in the wake of a second attack. Thankfully, Earth and the entirety of humanity were saved with the destruction of the Kilrathi homeworld of Kilrah in 2669.

Following a twelve-year peacetime, the Sol Sector was again threatened by the emergence of the Nephilim in 2681. After their failed incursion in the former Kilrathi Empire, the Nephilim launched a second invasion from the Proxima System, putting Earth and the sector's colonies in imminent risk of attack. This disaster was again averted following a successful campaign fought by the Terrans that same year.

With the continued campaign against the Nephilim well past 2700, the Sol Sector's defense remains the Confederation's top priority. 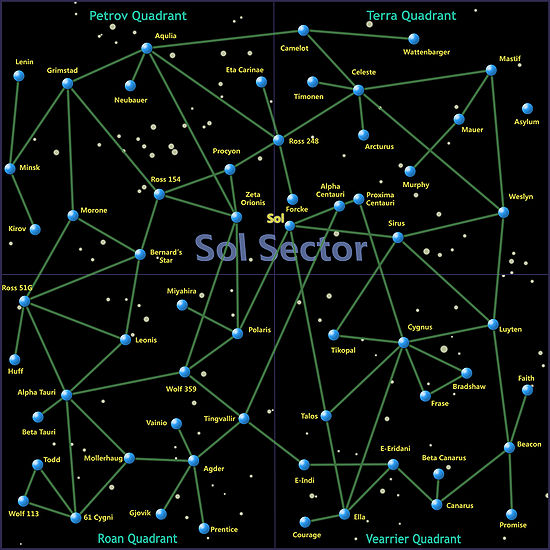