WCCD Gets Revenge With Tri-System Ship

JasonRocZ has dolled up Privateer 2's Kindred Vendetta for a neat cameo in Wing Commander Collateral Damage. The ship still needs a texture overhaul, but it's sporting some spiffy Gemini Sector guns in the last shot below. 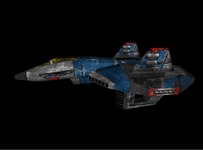 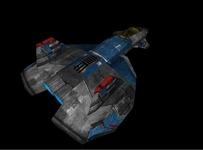 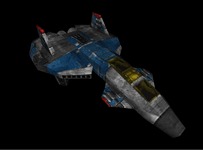 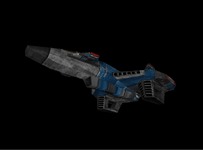 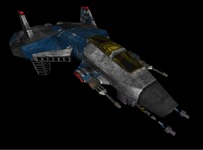 I mean remember when all those pirates in Priv 1 were flying around those Talons... Who knows how old those things were, right? So it's definitely plausible to see some Tri-System fighters zoomin' around. Anyways here's some prelim screenshots..

The Vendetta is the primary light fighter of the Kindred. They are often used to escort the heavier, more valuable Blade-class fighters during Kindred operations. Because the Kindred does not field a medium fighter of any sort, Vendetta are often used in roles that traditionally require a higher classification of ship. Because of the threat now faced by the Kindred, the military offers a double bounty for destroying Vendettas.