A new beta release is now available for WC Invasion, the mod for Star Wars: Empire at War. Both capital ships and fighters are ready to play for both Confed and Kilrathi sides. In Beta 1.5, fighters are purchased one at a time instead of in group, and weapons fire should look and sound more like Wing Commander. Grab the mod here and visit Crius.net for any questions, comments or issues. Major Payne has more information.

(v1.5 Changelog 06/08/09. This is an interim public release as the planned custom Galactic Conquest will take far longer than anticipated)

All fighters have been changed to single usage. What this means is that fighters do not come in squadrons of a particular amount. They are purchased or launched singly. With the amount of icons that were on screen during large scale battles the screen can get overly cluttered. Therefore, this was the best course of action and it seems to work far better. Fighters are also far cheaper than before (which makes sense with the usage of a single fighter), although the only exception is the hero squadrons.

All weapons have been changed which includes weapon sounds. Missile and torpedo weapons have also been added so the asthetical looks of these is far better. Be warned that fighter laser style weapons have little effect on capital ship shielding, unless there is a very large group.

First rebalance has taken place and I’ve noticed that once you have your primary defenses in place the AI will have a reasonably hard time getting through them. 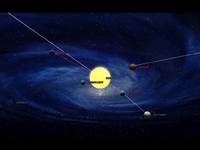 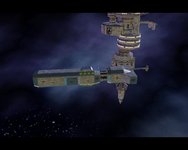