Tigers Claw Gets Its Own Blueprint Poster

GBGames has been getting back into the original Wing Commander, and this has inspired him to create a pretty awesome piece of Wing Commander art. He's put together a pretty slick Bengal class blueprint poster in the style of WC1's fighter blueprints. It's very nice - and high res enough to print or make your wallpaper image! 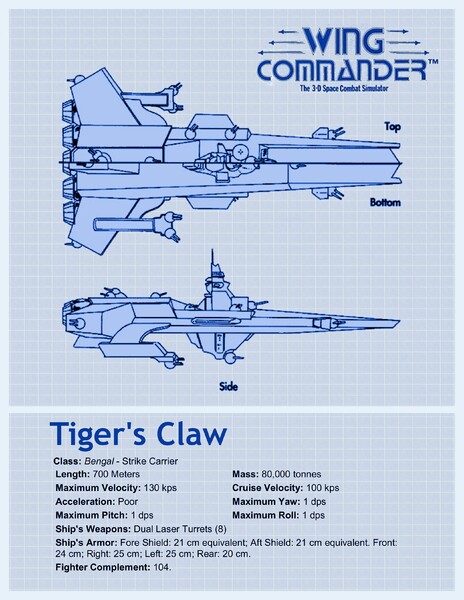 I've been playing Wing Commander for the PC, which is very different from the SNES version I played when I was younger.

And I decided I wanted a poster of the Tiger's Claw, so I made one.