The UK magazine Retro Gamer has printed a large spread on the history of Origin Systems in the current Issue 134. The article begins with the company's founding by the Garriott family. It includes some good memories such as Robert Garriott coining the "We Create Worlds" motto and the team crossing paths with Chris Roberts by way of artist Dennis Loubet. There's also a fair treatment on the EA acquisition that didn't just make Privateer and Wing Commanders 3/4 possible, but it also green lit new IPs like Bioforge and Crusader. Overall this is a decent primer on start-to-finish Origin history, and it sure makes you feel nostalgic for the golden age. There actually isn't a heavy focus on Wing Commander, although there are quite a few (pretty familiar) WC images that dominate the pages. Thanks to Oggy for the scan! 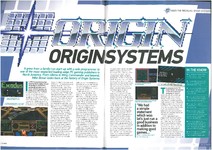 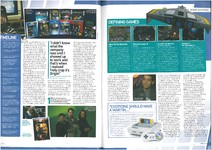 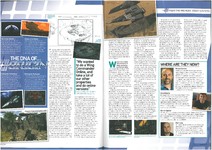