GunASKA posted some interesting pictures of WC4, Privateer 2 and Prophecy from China. He believes that these were the first WC titles formally released there. We posted some WC1 and WC2 boxes in Chinese language a few years back, and Gun reckons that these were probably from Taiwan. He's got a nice story about originally receiving these - no matter what country they're from, everyone has great memories of getting their first Wing Commander games!

I lived in Beijing. So far as I know, WC4 was the first release in the series in Chinese markets (mainland). It should have been 1996 and it came with a Chinese box, manual, and a translated novel (the translation work was not so good...). This all happened after the EA China office was set up.

I clearly remember the day I got WC4. It was a present from my mom (I was just a kid and this was really expensive). After we bought the game, we went to some relatives' home. I got the game but there was no PC in my relatives' house, so I spent a whole day on the bed with my new game. I opened it and closed it then opened it again... I tried to read the novel, but the translation was bad so I could not understand anything... and then the only thing I did was fly in the space with nothing but my imagination. I stared at the face of Mark Hamill for a whole afternoon... (I hadn't watched Star Wars at that time, so I had no idea who he was).

It was really an unforgettable memory in my life. 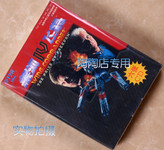 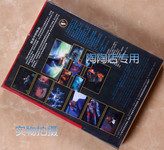