Here's a lineup of transport craft that have been created for the Enigma 2666 WC mod. From left to right, they're a Diligent, Dorkir, Lumbari and Drayman. They're presented alongside a Thunderbolt for size comparison in the first shot, and you can see how much larger the major capital ships are in the later images. As this is a game is supposed to occur in the late '60s Enigma sector, there's also a Dorkathi in the mix as well. 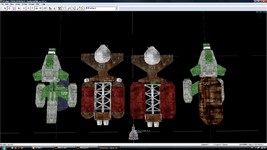 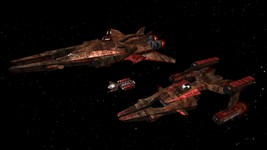 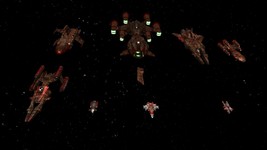 I have no Lumbari Model found, but what you think about this?