wc3 tipped us off about Star Ruler, which was just released for Windows. It's a space sim/strategy game with dynamic "procedurally generated" galaxies. Individual technologies can be developed throughout the game, and there's a large multiplayer component. It also has built-in support for modders. The game is available for $25 via digital download. Check out some sample videos here. 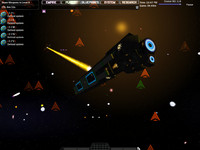 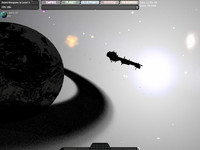 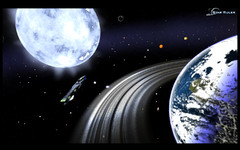 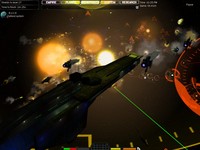 Take command of a vast interstellar empire and safeguard your species from total extinction. Prove your species' ingenuity through a deep and intricate combat system where anything (from individual components on ships to the stars themselves) is a target of opportunity.

Research deadly new weapons, new engines, shields, and more with a research web whose contents are shuffled with every game. Explore vast interstellar phenomenae such as black holes and asteroid belts and exploit them for yourself or destroy them to deny your foes. Match your wits with up to 10 online or LAN-linked opponents, save the game when dawn breaks, and boot it back up at dusk. It isn't over until you say it is!

Mod the game to suit your playstyle! Your weapons, your ships, your rules. Almost the entire game can be modified entirely through an editor as simple as notepad. Easily add new models and particle effects to the game with a robust set of out-of-the-box developer tools. Features