The Prince of Printscreen Does Wing Commander

The King of Grabs has turned his attention to the Wing Commander series. The concept here is to take a whole pile of screenshots for all sorts of classic games. We love giant walls of WC screenshots, so this is right up our alley. They do run into a bit of a classic pitfall: there are dozens and dozens of pictures of WC1... which are all flying the Hornet in the Enyo System. Likewise, the WC2 images are all flying the Ferret in Gwenydd. It's a missed opportunity to see a greater variety of ships and some of the cooler late-game set pieces, but it's still a pleasing sight. Stay tuned for Hellcat dogfighting in Orsini! 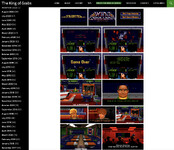 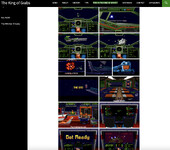 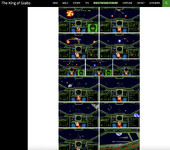 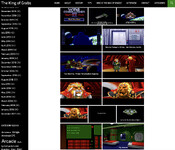 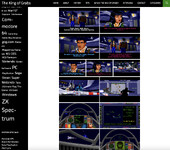 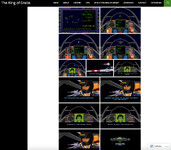 Wing Commander was developed by Chris Roberts and his team at Origin Systems and first released for PC MS-DOS in 1990. It’s a classic cockpit-based space combat game with cinematic cut scenes, and it developed into a long-running series. The Wing Commander series.

Wing Commander is considered to be a major step forward in the evolution of the space combat game and features tactical, first-person dogfighting in space and a storyline that allows the player to gain ranks, improve performance, and buy better spaceships. The plot is also driven by the results of your actions.

In a war between humans and a race of aliens called The Kilrathi your story unfolds as you do your service. Missions are briefed to you during cut scenes. Missions can have multiple objectives, but you can fail them and still proceed, as long as you survive.

The original Wing Commander is still an interesting game to play now and is easily bought online. With this first game you can see the seed of a great idea; one that would develop into something very special over the following decade.