Wing Commander Prophecy lead designer Billy Joe Cain has an exciting new auction up and running. He's been steadily releasing items from his personal stash to support REEF, the anti-human tracking charity that he founded. A handful of fellow Origin teammates sold their posters back in the early 2000s, but Billy has held on to his for almost twenty-five years. But now's the time for it to go - with proceeds going towards a noble cause! You can find the auction here. It's currently listed at about $210. 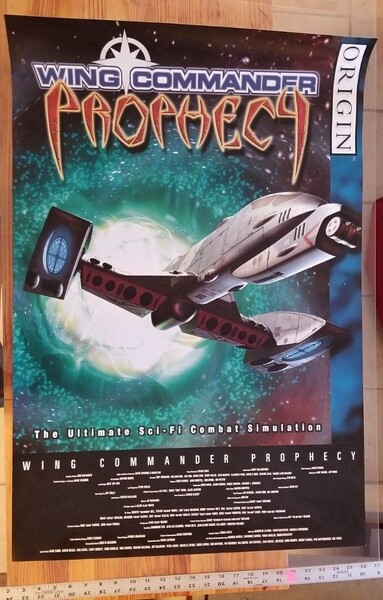 Wing Commander Prophecy movie-style poster brought out of the Time Capsule for its 25th anniversary!!

Are YOU ready for the Ultimate Sci Fi Combat Simulation COLLECTIBLE?!?!

Help end #humantrafficking with your purchase!