All Over the Map

Here's the nav map from the original Wing Commander. That "Sector: Vega XR-231.3" is my favorite kind of texture... you know what the Vega Sector is and you assume the designation makes sense to the character; the world is implied to have history and rules beyond what you see. 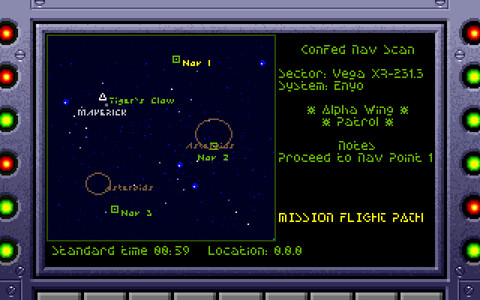 Unfortunately, the mission disks let us down by not changing it (they're set in the Deneb and Antares sectors, respectively). The name is stored in WC.EXE so it couldn't easily be changed for Thor's Hammer... while Secret Missions 2 is probably a case of just forgetting about it. 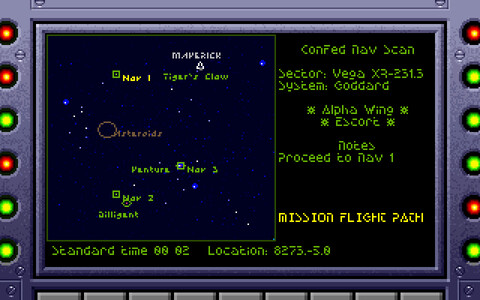 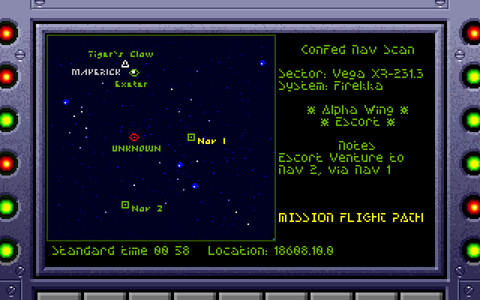 HOWEVER! We have to again praise the Mindscape team that did the SNES ports... they thought to swap it to XR-41.8 for The Secret Missions. Which is not only right, it continues the implication that there's some sector classification system we don't understand. 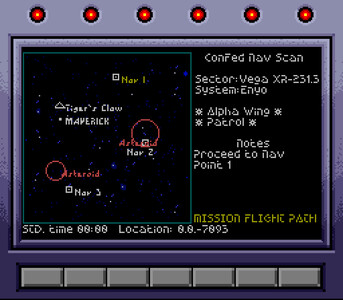 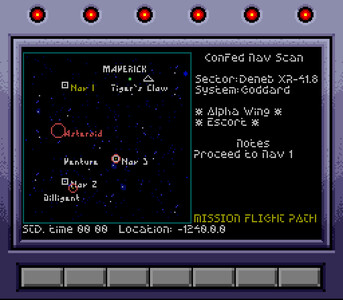 The folks adapting Super Wing Commander, on the other hand, solved the problem the opposite way: they hacked 'Vega' right out of the executable so it just displays an inscrutable XR-231.1 no matter where you are. 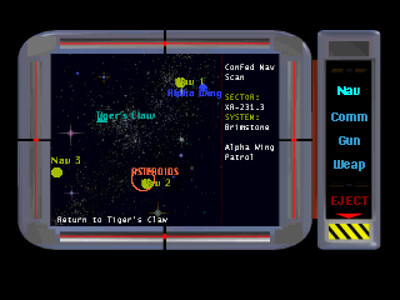 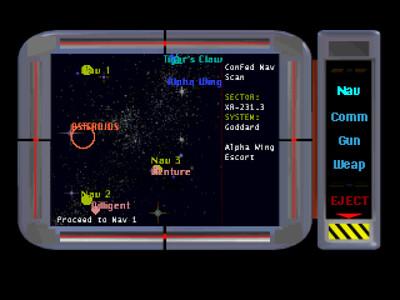 This concludes another episode of meaningless tiny details starring 2 AM Ben.