This is a followup to last month's killboards post.

I wondered if there was any difference in the starter kill board in Wing Commander III. Here's the PC version, with no entry for Blair since I hadn't entered my callsign yet: 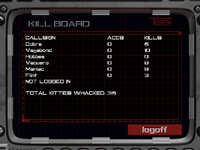 Sure enough, the values change from port to port! Here's the PSX version and the Macintosh version (which really surprised me!): 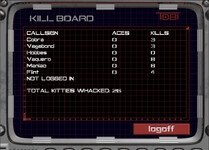 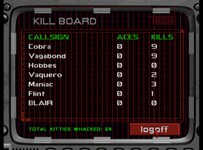 But the best discovery here was the 3DO port which starts with drastically higher numbers... and a different 'saying' for the total?! 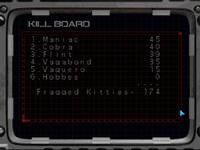 The Wing Commander III novel even adds a little kill count related backstory for Flint, who has supposedly scored 18 kills in her lifetime and is trying to reach 22 to avenge her dead brother. Oddly, this is also exactly how the Kilrathi believe the afterlife works! 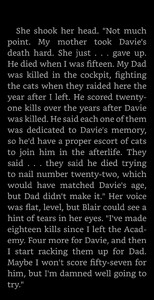 The Wing Commander IV novel has something similar for Hawk, who scored 96 kills during the war which was four short of a "century award". Which brings up a good question: how many kills is the player 'really' scoring in the lore? 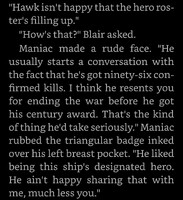 You typically score 100-200 kills over the course of an average game, which added together is higher than any real top ace. The games left this vague until the Prophecy manual which leaned in and confirmed Maniac had scored 2001 kills in his career (14th highest of all time). 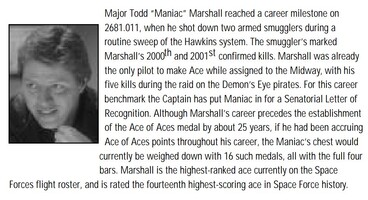 Prophecy's official guide went on to say that Blair was the 11th ranked ace and it also came up with this pretty interesting bit that explained why they weren't the highest of all time (I want to play something set in that earlier era!).

Speaking of Wing Commander Prophecy, here are the starting kill counts from the PC version. (WC4 doesn't let you see the first killboard until after you play mission a mission that changes it so there's no canonical starting point.) 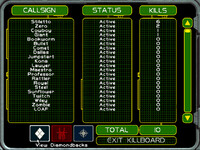 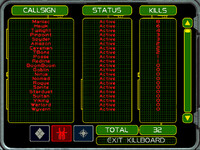 Then here's the GBA version. It drops the redshirt counts but look closely at the numbers... they match the PC release exactly! Nice one, Raylight. 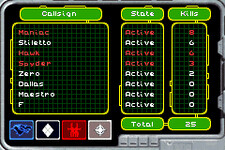