Famous British science fiction artist Ian Kennedy passed away earlier this year, and fans were quick to post examples of his great work in tribute. One particular design from around 1983 circa Dan Dare/2000 AD caught our eye. It seems to bear quite a similarity to the remade Rapier II model that appears in Super Wing Commander and Arena. We know that the classic WC1 Rapier was heavily inspired by other media, so it wouldn't be surprising for its fraternal twin to have a similar origin. What do you think?! You can read all about Rapier fighters here. 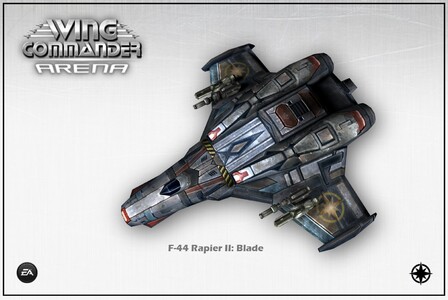