There's good news on the streaming front! Last week we reported that a countdown ticker had appeared next to the Wing Commander Academy episodes on the Peacock streaming service. The Peacock support account suggested that this meant the show was moving from a free to a paid tier. However, Zeether noticed that the countdown has vanished and the show appears as it originally did. While it's possible the CIC's considerable clout and influence swayed some executives at NBCUniversal, it's far more likely that this was some kind of mistake or glitch. Note the two comparison shots below of the Exosquad lineup. Random episodes were briefly showing the clock icon, although they've since all gone back to normal. While it's great that everyone will continue to have access for the foreseeable future, it's also still not a bad idea to grab the show on DVD for a more permanent copy. 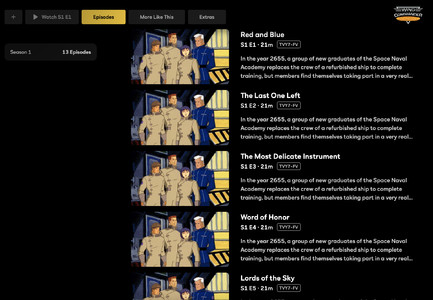 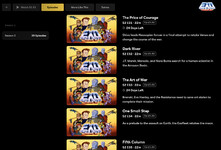 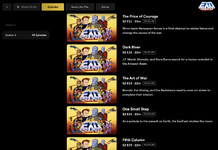