We've finally dug up the English version of the bizarre Softwear Wing Commander ad for the Playstation. It features some nonsensical text about the model's outfit being inspired by Wing Commander 3. It's part of a larger EA Lard/French Fancies campaign for console ports that made very little sense, but maybe it caught some eyeballs in print. LOAF spotted this particular copy in the April 1996 (Vol 1, Issue 7) edition of the old Playstation Plus magazine. But hey, now you can read it in English! 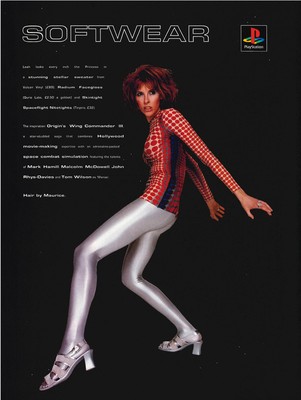 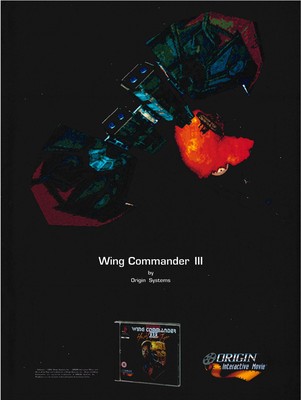