Here's another interesting chapter in the tragically funky series of EA advertisements for the 3DO. We've previously reported on the prints that used a dead fish, cubic lard and fancy pastries to sell Super Wing Commander and Wing Commander 3. RetroDetect has recently posted pics of a whole EA Lard booklet that includes promos for both WC games, among other offerings for the console. There's no telling if the system would have been more of a success if the marketing firm here would have gone with slightly less disgusting subject matter, but at least the games were awesome! You can find the other pages here. 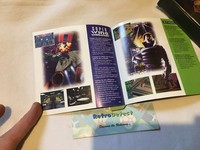 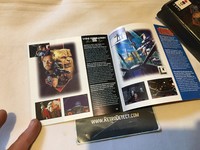 #3doThursday is cool & its fun.... But dont ever try to put a #3do up your bum! Instead, lets take a look at this product booklet featuring some Electronic Arts Lard!