L.I.F has a proven record of bringing exciting fan projects to the community, and now he's launching into another adventure with the Minecraft-like From the Depths. His main objective is to recreate the TCS Victory. That's been done before in the original Minecraft, but this engine seems much more suited to actually building ships with an appropriate level of detail and functioning components. Just walking around the familiar parts of the ship sounds like a ton of fun, but there's a lot of potential to make this 'playable' and expand the interior into new areas we haven't seen before. We're looking forward to what he comes up with! 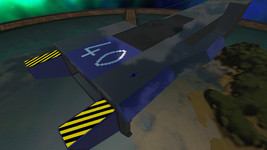 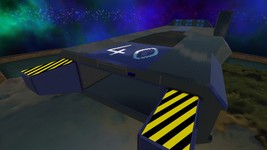 From The Depths is a pretty nifty voxel game (construction à la Minecraft) that is designed around building ships, submarines, aircraft and spaceships with armament, subsystems, sensors, etc., to have them fight. After building some other stuff, I've just started a quite ambitious project: a full scale recreation of the mythical TCS Victory in her 720 metres glory. Here's the current ship, pretty barebones but recognizable already.

As of now, I've got the internal flight bay (without details) and two thirds of the top part of the external hull (everything forward of the Bussard scoops top-side), the first step being completion of the outer hull to start working on internals, first the flight bay, then the conning tower as well as the turrets and finally elements not shown in the game (maintenance bay, engineering, that kind of thing). Of course, as soon as the external hull will be finished, I will upload the ship on the Steam Workshop to allow any Wingnut to walk around inside it.