Here's an interesting comparison between a new Star Wars ships and the familiar TCS Midway. Anxiety recently spotted the Onager class star destroyer, which was recently added to the nifty Star Wars miniature tabletop game. Hammerhead shaped designs are quite common in sci-fi, but the Midway's iconic "pair of pants" silhouette is slightly more unique. A pants ship that has a giant gun in the middle is even more rare. They're obviously not perfect twins, but from certain angles, such as the two pictured below, these two ships do bear a striking similarity. We've talked with Midway creator Sean Murphy about how he goes about designing space ships, and it's a fascinating process, especially when it organically leads to similar results like this! 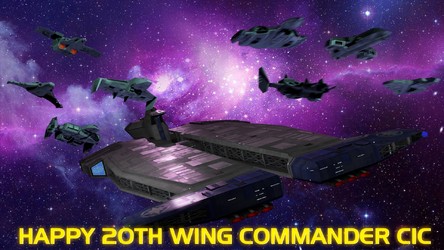