DefianceIndustries has taken a break from his recent string of later-era ships to take a stab at the WC Movie's Snakeir. It's not the first take on the design ever, but the film's ships are very underrepresented in fan art, so this is a welcome addition to his fleet. In its untextured form, the render below also allows you to appreciate all the detail of ship. All those heavy turrets are pretty neat too! 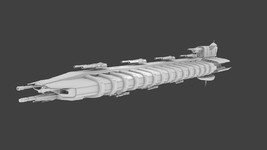 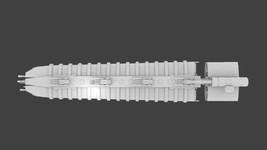 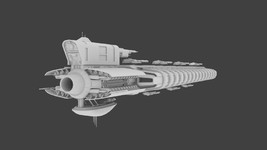 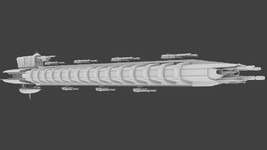 Occasionally I take on a project to model things that I find odd, poorly designed, or just plain ugly. Why? I dunno, I think it's really more to explore the process behind it, sometimes working on a thing that I don't like sometimes leads to a better appreciation of it, or reinforces why I don't like it without being overly judgmental. (Probably a bit too philosophical for a thread entitled "eye candy").

Anyway I chose to tackle a ship in the category of "Things that get little to no love" in the Wing Commander Universe: The WCM Snakeir. After knocking around on this one for about a week I've come to appreciate it a bit more. The movie FX shots are so dark that you can't really get a good appreciation for the ship's aesthetic. It's still not my favorite, but I think it gets a bum wrap by-in-large. Anyway that's my thoughts on it, you're free to comment below if you feel otherwise. :) 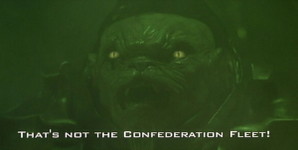