DefianceIndustries has debuted his Bearcat, and it's a beauty! Wingnuts overall have a bit of a love/hate relationship with the heavy fighter, but I've always been a fan. I love the aggressive stance from the head on perspective as well as the substantial engine cluster. It's hard to have a conversation about the ship without dragging in discussion about its wide-spaced guns, but they sure look cool. We really don't get to play with the ships nearly enough, and if we ever got a game where the Bearcat got more play time, it'd probably have a different gun loadout with better beam convergence anyhow. 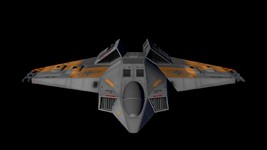 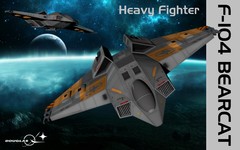 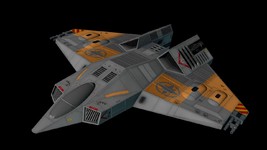 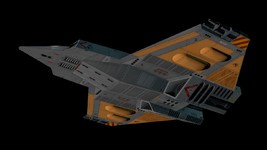 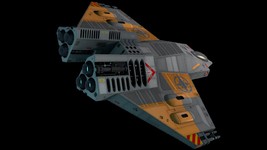 This is oddly one of my favorite Confed designs, it's clearly an evolution of the Hellcat but there's some definite Excalibur influence as well. Also on paper, it's actually quite a nice fighter; she's fast, nimble, and has better shields and armor than her big sister. About the only gripe are the lackluster guns. While working on this one I thought: "With the Excalibur they built a sword, with the Bearcat, they made a scalpel." Not sure why but that sums the F-104 up nicely in my mind.

And a fun little fiction sales brochure cover because... why not?