New Graphical Upgrades in the Works for Vision Engine

Hot on the heels of the Secret Ops Model Upgrade Pack's addition of glowing emit maps, DefianceIndustries reports that normal mapping is now in testing! This is a technique that creates the appearance of more detailed textures than would otherwise be possible in the game. While the new high quality models are often considered the star of upgrade mods like these, it's also true that they're heavily dependent on behind-the-scenes updates and alterations to the game engines to make effects like this possible. And the combined results are fantastic! Check out a sneak peek below.

Here's "the next big thing" from the mighty technical wizards lurking in the shadows behind the MUP. Pedro and PopsiclePete have again been working their dark arcana and have spectro patronumesed us up (say THAT one three times fast) a long asked for feature for the GL patch: Normal mapping!

It's still very much in the testing and development stages, but we are looking forward to implementing this on MUP assets in the future. And as a quick tease: 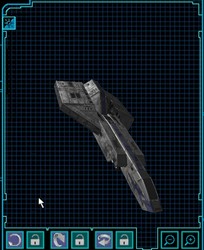