Here’s a great find from AD. It's a photo of the "timeslice" setup used to film one of the deleted scenes we showed off last week. The movie Rapiers say “CONFED MK 5 RAPIER” below their Space Force roundels. Other shots show the number "528" after that. I love this kind of background lore! 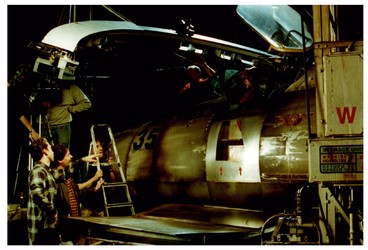 (The pilot in the cockpit) is most likely the actor playing Polanski... The pilot with the large scar on his face. You see him leave the mess Hall all suited up just before the Claw jumps to the Ulysses Corridor. 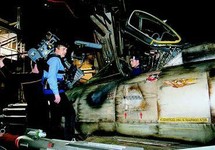 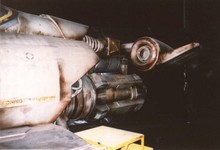 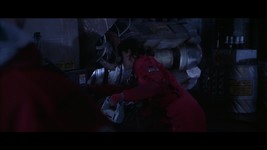