Wing Commander composer George Oldziey has another update on the progress of his album campaign. He's still diligently working on sending out the discs that backers ordered, but the timetable has been slower than he'd have liked. He has had some exciting distractions, however! In addition to moving from Austin to LA, he's had a couple of major professional jobs to attend to with great results. The full update is below:

Greetings all! I just wanted to apologize for the slowness of delivery on this phase 1 of Volume 2 campaign. I did complete recording the bar music and delivery of digital files and score pdfs. But I still owe some of you physical CDs as well as MIDI mockups of the (hopefully) soon to be recorded orchestral music (pending success of a subsequent phase).

This has been a year of huge transition for me and my wife Suzi. I've been spending most of my time in LA trying to kickstart (pun intended) the continuation of my film music career. There has FINALLY been some motion to that end! I recently (the last 2 weeks) was part of Danny Elfman's orchestration team for his upcoming score for The Grinch. I was also the winner for Best Musical Score in the 2018 LA Live Score Film Festival! That was indeed an honor.

But the hardest work was preparing for a permanent move to SoCal with Suzi, for which we are in the final week of prep. Moving is tough enough, but moving across country when you've called one place your home for over 30 years is quite a challenge!

OK, no more excuses! You amazing fans will indeed receive what I promised. It will just be much later than I originally anticipated. For that I apologize because you all are the BEST fans in the world!

Thank you for your patience! 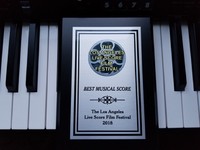 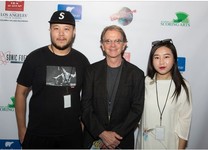 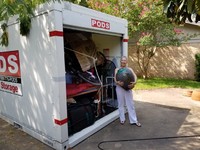