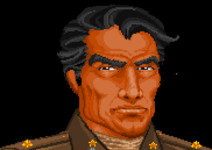 Many countries celebrate Father's Day today, and we know a lot of Wing Commander fans have recently become dads out there. My little one just turned 16 months old, and I'm happy to that see she grabs a controller and starts pushing buttons whenever she gets a chance.


The CIC is more of a news site than a blog, but it's also a community hub more than anything, and it feels right to share this personal story with the community. This Father's Day is a tough one for me because my Uncle Jim passed away yesterday.

The two of us used to play NES and Super Nintendo games frequently in the '80s and '90s. The Mario games were big, plus Zelda obviously, puzzle games like Tetris and Doctor Mario and Wing Commander on the SNES, of course. We learned together how to put together PC hardware and how DOS worked. Whenever one of us messed up a sound card jumper setting or couldn't get the drivers right for a game to run, we would call each other and work it out. I very fondly remember how eager we were to install Windows 95 when it arrived on a giant stack of floppy disks. He was very enthusiastic about new technology and helped put me on a path towards many of the cool techie things I'm engrossed in today. Plus, he'd recommend everything from books he thought I'd like to what the best shaving gear was. After my grandfather passed away when I was little, he was more of a father figure than anyone but my mom. 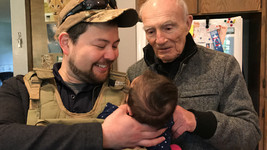 He had quite a story. As an underage teenager, he enlisted in the navy and served in the Pacific during World War 2. While going to school at the University of Washington, he worked 100-hour weeks for the gas company bringing heat to Seattle during the cataclysmic winter storms of 1950. And prior to retirement, he was an executive at Boeing, where I'm now a manager myself. His tales about how part of the city was on AC current and part on DC current when he was growing up were crazy, and the magnitude of technological change he witnessed in his lifetime is hard to imagine. Yet he was always so excited about what was coming next. He'd say that he wished he could come back in a hundred years and see all the amazing stuff we have then. A couple years ago at about age 90 I helped him set up his first smartphone - I hope I'm on top of the latest gadgets in the year 2070. Going back to the mid '90s, he gave me the computer that I used to get established in the online Wing Commander community, which I used to make my first Wing Commander website and eventually code the first pages here at the CIC. Had he not passed me down that machine, I wouldn't have been able to play Prophecy and Secret Ops when they were new with all of you. Who's to say if I would have been able to be engaged enough to help found the CIC, report news daily for the past 20 years, and make all of the lifelong friendships that I have. Life could have been very different.


So for helping make me the person I am today, so that I could be here helping keep the Wing Commander community going strong and being friends with all of you, Happy Father's Day Uncle Jim. I'll miss you very much.