Christian Klein, the Pixel Engineer, has dug up another awesome European localization. It's a second Spanish DROsoft box that includes a combination of both Secret Missions in the same package! The reverse side of each has been translated and combined into one, but the included paper inserts appear to still be in English. What a cool collector's item! You can find the core WC1 counterpart here. 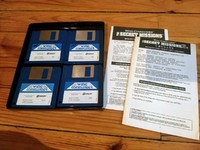 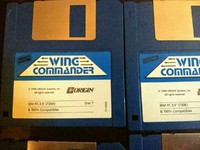