Defiance Industries has put together a pretty neat take on a popular fan creation to help complement the Black Lance designs he's creating for the Homeworld Remastered Mod. The design bears many structural similarities to the Bengal class strike carriers, including launch tubes/recovery bays and the heavily armed side pylons, but is scaled down into a more compact package. It looks like a nice addition to the lineup! Check out his backstory and epic render angles below. 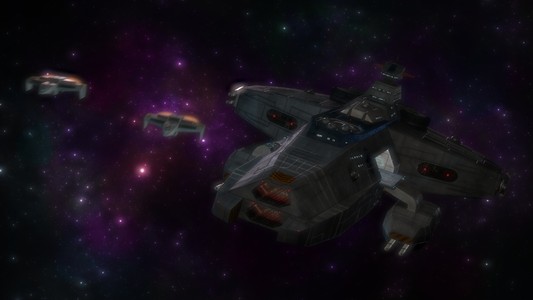 The next entry in the Black Lance faction is a WC4-ized re-do of NinjaLA 's TCS Falcon. L.I.F. felt that the BL forces needed a light/fast cruiser and well, we all liked the design. Howard Day did the original model version as far as I know, and Deathsnake made a version for Saga/Freespace all were things of beauty in their own right. So I decided to add my own take on it as a "late war" version incorporating more of a WC3/4 paint scheme while retaining some elements of the previous versions and sneaking in a few WC2 details for the fun of it. 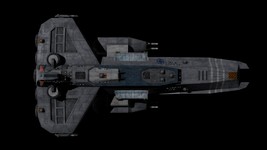 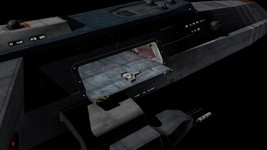 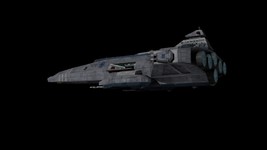 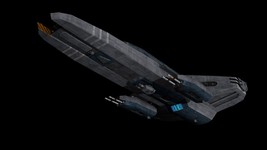 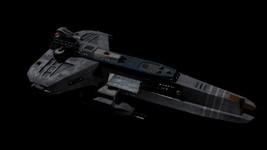 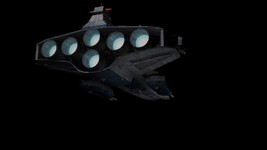 I believe I have identified an excellent candidate for the next phase of the GE project. You were looking for a number of older vessels, which would not attract too much attention, with a good fighter carrying capacity, and can be reclassified either as "training" ships or simply stricken from the naval register entirely. The Tolmacs-class fast cruiser will fit all those criteria nicely.

Firstly, they are nearing the end of their refit schedule - so we should be able to appropriate them without drawing too much attention, especially if we convince the assembly that this is a cost-saving measure. Secondly, their fighter compliment is excellent for its size with ample bay storage and workspaces; I realize that late-war bombers such as the Longbow or Avenger won't be able to use the launch tube system due to their size, however Seether believes we could reasonably spot them for launch on the recovery deck should we need to do that. I mentioned that the recovery deck is not sealed and is exposed to vacuum, but Seether said the pilots are ok with a little space walk, his words sir, not mine. Third, they have exceptional firepower and speed allowing our captains to position the hired help where they are needed most.

I realize many in the admiralty view the Tolmacs as something of a "glass cannon." It's true that its shields and armor are not to the same standard as a Tallahassee, but it should be able to use its speed to outrun or outmaneuver anything it can't outgun. But overall I think this is a perfectly suitable platform to base a cruiser force around. At least until Project Guillotine is complete.

If you approve I'll begin making the necessary preparations with the appropriate sector personnel offices and naval yards. Respectfully,