Rescue Shuttle Here To Save Us From Low Res Models

The year is quickly winding down, but DefianceIndustries is still pushing hard on new models for the Secret Ops model upgrade pack. His Condor SAR is now ready for action. This nearly completes out the fleet of utility craft that the mod will need. Just the refuel shuttle and marine landing craft remain. Defiance has put together some fiction on what it might be like to fly one of these dedicated shuttles. It makes sense to have a small vessel just for this type of activity, but there must be some harrowing rescue missions compared to how a Broadsword might handle things! 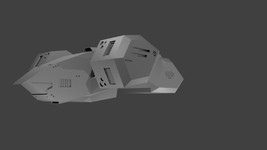 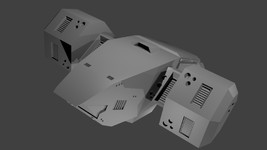 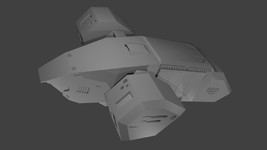 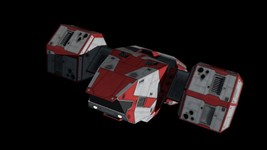 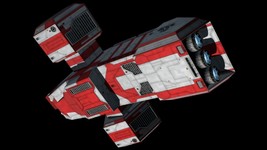 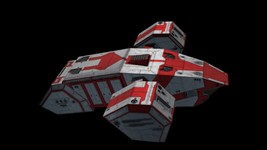 "I remember, right before Port Broughton went down at Firekka, we were busy beavers. I mean we were lucky to get an hour of shut-eye before the CAG would send us off to pick up the pilots who had to bail. At first we would crack a joke or two on pick-ups; but as the fight wore on we...Slipshod, err, Lt. LaRoy that is, found less and less to laugh at. When a bug torpedo took out the Broughton's jump drive, the fight turned into what the brass call 'a delaying action', that's flag-speak for a f*** meat grinder.

The ramp rats worked miracles keeping our bus flying though, so we kept going out, with less and less success. One of the last missions we flew before the Captain gave the order to scuttle the ship, a strike on a bug cruiser went sour and the CAG sent us out to get the ejectees. Each time we'd get off the deck, flight ops would rush us back because the bugs had another wave coming in and all available pilots were being sent out on CAP. This went on for three aborted attempts; finally Slipshod and I just went alone. CAG wasn't happy about it but he knew just as we did that those pilots were running out of air. It got pretty dicey for a while but once we got past the immediate fighting we had clear sailing to the pick-up. When we got there though we found that the bugs had come through, and we knew what they did to POWs. Most of those poor suckers spaced themselves rather than end up vivisected or on some bug's dinner plate. Slipshod was never the same after that, he just...I dunno, stopped I guess. Hope the psychs got him right..." 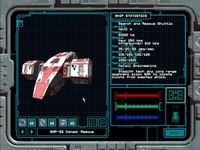 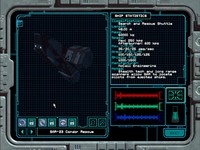 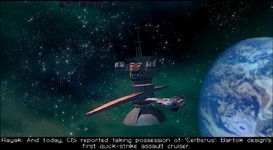 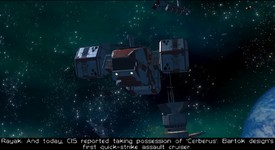 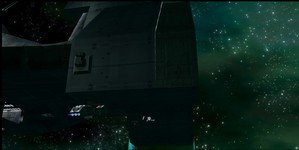 "Confed's not too keen on you dumping their birds sir!" But if you do, you'll probably be glad to see this headed your way....