Former senior Origin artist Denis Loubet has posted some nifty preview pics for his 2016 Christmas card, and it'll be Wing Commander-themed this year! Hobbes will be featured prominently, and you can see a preview below. He'll reveal the full art for all next month, but if you'd like a printed and signed copy, you might still have time to become a Patron on Patreon and get him your mailing info if you act very fast. If you're already a subscriber, be sure to send him a message confirming where to ship the card. It's possible to support his work for as little as $1 per month as he continues to post nifty sketches and cool archival artifacts. And who can pass up a new Hobbes piece from the man who actually came up with the look of Ralgha nar Hhallas?! 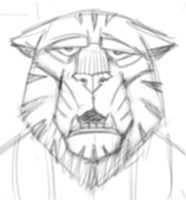 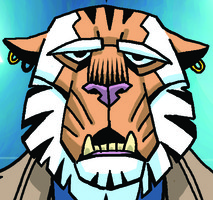 This is a detail image of my Wing Commander themed Christmas card that I'll be sending to all my Patrons.

This one is Wing Commander themed, featuring everyone's favorite Kilrathi!

Don't worry if you're not a patron, I'll post the full card in January. (But there's no harm in becoming a patron! You'll get an actual card all signed and numbered and stuff.)