The Price Of Freedom Ebook Announced!

There's more great news for Wing Commander fans out of Baen! ^Death_ spotted that their January (3, 2017) Bundle will include Wing Commander: The Price of Freedom as an ebook. This is the novelization of Wing Commander 4 and will be their fourth electronic release after Freedom Flight, Fleet Action and Heart of the Tiger. Speaking of which, the last two, although slated for a December 6 release, are now 3/4ths available now if you preorder directly on the Baen site, and TPoF is half available now per the company's tradition of gradually releasing titles ahead of their official release. Once December and January roll around, all of these novels should also be available at every major electronic book retailer for $6.99. 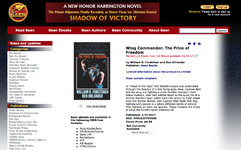 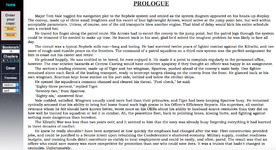 In "Heart of the Tiger" the Kilrathi empire was eradicated through the bravery of a few flying aces. Now, Captain Blair and his wing are fighting a more familiar menace—their fellow humans. Blair had settled down to the quiet life of a farmer, but he's been called back into action to fight rebels from the Border Worlds. And Captain Blair finds that dog-fighting with people is a whole different kettle of kittens than fighting an alien cat species. Those humans are tricky in ways the Kilrathi never dreamed of!