The MaslasBrothers are back at it again with another preview of Wing Commander Flat Universe. Today's update shows off the enhanced level of detail that they've added to their ships. This time there's a special emphasis on weathering effects. Each shot below shows different levels of deterioration present on a new Raptor compared with a version that's been heavily used versus one that's incurred major damage. These are still in work, and the final (battle damage) model is still being tweaked to differentiate it a bit from just poor maintenance. 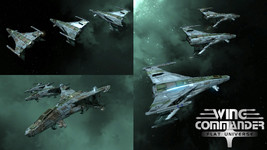 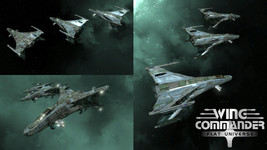 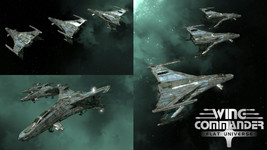 Hey guys we are back after a small break and continue with our regular updates. For this week we want to show off a little bit! We have made several improvements on the graphics department: