Been has officially listed Wing Commanders Fleet Action and Heart of the Tiger in its ebook store! Expect to see them show up for Apple iBooks, Amazon Kindle and more on December 6, 2016. In the Baen tradition of releasing partial manuscripts ahead of time, the first half of each novel is already available for early purchasers. Additionally, there are several sample chapters for each book available for free. Check them out, and you'll definitely be anxious for more. News of their eventual arrival was hinted at several weeks ago during a panel at Dragon*Con, but it's nice to see how quickly that's turned into real products. As an extra bonus, they'll be included in the December 2016 Monthly Baen Bundle alongside "1635: A Parcel of Rogues," "Monster Hunter International, Second Edition" and several others for a combined price of $18. Thanks to Sailor Sixty Seven for spotting this one! 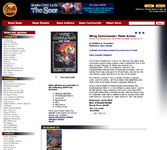 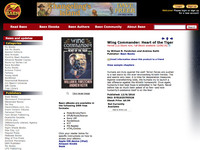 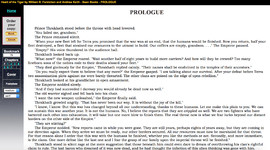 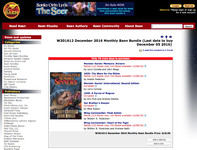 FLEET ACTION: The Kilrathi Empire is in a bind. For the last five years they have been constructing a secret fleet so powerful that it will slice straight through to Earth and destroy the Confederation. There is a problem, however: the Confederation has become increasingly successful with its behind-the-lines raids and the Prince fears that before the new fleet is ready, the Empire will be on the ropes.

At a Kilrathi council of war a simple solution is agreed upon: sue for peace, lull the humans into disarming and then when all is ready, launch a surprise offensive.

True to the tradition of democracies everywhere, the Confederation falls for it; the military stands down. Luckily for the human race, however, there are a few who don’t trust soft words from a Kilrathi mouth. Admiral Tolwyn and his veterans must fight a delaying action, buying time with their lives for humanity to make ready for the final battle…

HEART OF THE TIGER: Humans are truly against the wall! Terran forces are pushed to a last stand by the ever-encroaching Kilrathi hordes. The end seems very near. It is time for desperation measures. Against overwhelming odds, the humans try to launch a last offensive against the Kilrathi homeworld. Once again, humanity’s last best hope is embodied in her flyers. Never before has so much been asked of so few—and now humanity’s existence itself is on the line!