Wing Commander II: Vengeance of the Kilrathi, shipped to stores 25 years ago today, on September 4, 1991. It followed the original game by less than one year and just five months after fans enjoyed The Secret Missions 2 - a very good time for Wing Commander fans! Amid the flurry of major releases and expansions packs, I'm one of the Wingnuts that actually stumbled into the early games somewhat out of order. Picking a favorite Wing Commander title is excruciating decision, but for me, I always end up back at WC2. It was my first PC Wing Commander, and it represented a certain gaming ideal. The importance of WC1's revolutionary spaceflight engine or the incredible set pieces of WC4 can't be disputed, but WC2 just exuded charm and atmosphere from every seam. WC3's introduction is technically superior on every level, but the Emperor's speech to Prince Thrakhath still gives me goosebumps and can't be topped in my mind. Everything from the Emperor's red eye piece to the sway of Thrakhath's cape is just exquisite. With some presaging from SM2, the intro introduced many of the major characters that would go on to define the series for the next five years. 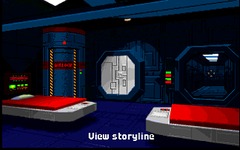 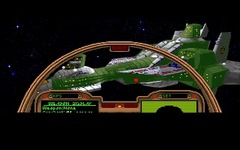 For their time, the graphics are absolutely stunning, and I can't say enough about the color balance. All of the rich blues and greens with red and yellow highlights contrast wonderfully against the blackness of space. Moreso than just about any game, players can pick up and play Wing Commander 2 from anywhere at any time and feel absolutely immersed. My entire middle school career consisted of coming home each day, clicking "Resume Current Game," and losing countless hours to the Enigma Sector. All of the various people, locations and drama in the story are so memorable. Nobody liked to lose a wingman in WC1, but when they go in WC2, it's especially heart breaking. And for a game titled "vengeance," the sense of vindication players feel after clawing their way back onto the flight roster and then clearing their name just feels great. It's hard to believe 25 years have gone by. Happy Birthday Wing Commander 2! 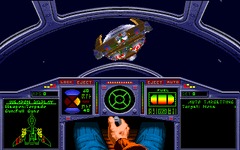 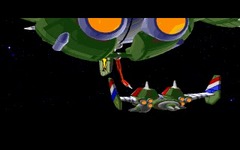 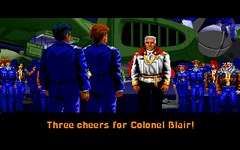 For those who'd like to celebrate further, we'll be playing through and live streaming the entire game on Saturday, September 17! The action gets going at noon Pacific US time on Twitch. I'll be joining LOAF as he once again displays his stunning pilot skills against the Empire of Kilrah. And check out this awesome Rapier overlay frame by Disco Lando!