PC Gamer has posted a new article on the state of FMV both yesterday and today. They point out the genre's rocky history, but Wing Commander is called out as a major exception that stands the test of time despite some technical limitations. Although live action cutscenes are largely seen today as a relic of a bygone era, the author highlights how they continues to pop up in new places. Live action trailers for games that don't use FMV are becoming increasingly popular. And developers have stepped up their storytelling, so more new titles are finally reaching heights originally achieved by classic '90s WC titles. Check out the full article here.

And for the most part, all of that is fair. Most FMV heavy games indeed stank. Among them though were some classics, and great examples of the form. Wing Commander 3 for instance looks ropey to modern eyes, but remains a fascinating space epic—not so much for the epic action, but for the subtleties that polygonal characters have only just caught up with. Mark Hamill's leading man, Christopher Blair, stands out particularly here as a man absolutely exhausted by the war and pushing on only because he has no other choice but to be strong in front of the men and women looking up to him. 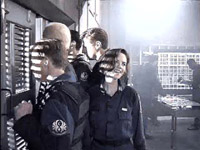 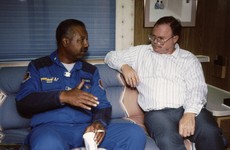 Thanks to Delance for the tip!