When we last checked in with Wvlfy, he had emerged victorious in the Vega Sector, conquered both Secret Missions campaigns and was well into the Niven System in WC2. Not only has he now made it to Ghorah Khar, he's also circled back to the losing missions of WC1 in Hell's Kitchen. With few exceptions, most YouTubers stick more or less to the winning path. Destroying the Star Post feels better than retreating from the sector, but there's some very interesting missions on the losing track! It's worth a watch just to see the tone of the characters' dialogue in the bar and briefing room. Check the first mission out below and see the associated playlist info for subsequent clips.

The Confederation is officially out of funds due to a sudden rise in premature ejections, but the true disaster is the dwindling stock of liquor at the bar.

The New Horizons spacecraft made its historic flyby of the Pluto this morning. There have already been some fun pictures of the dwarf planet and its moon, Charon, in the news, but these are just the previews shot with a long range camera! The real close-ups should be trickling out in the next few days. We can't wait to see! 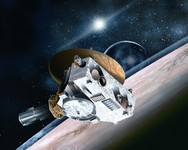 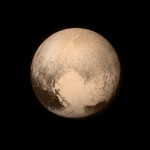 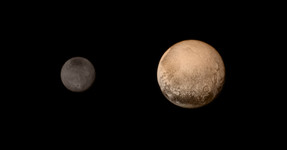