M3RcAden has been a little quiet lately, but he's back with a status update on his WC mod for the Sins of a Solar Empire strategy game. Work slowed when he encountered issues creating ships, so he's started on a new method to get them into the game. A cruiser, light carrier and heavy carrier are already starting to shape up nicely. The geometry is spot on, and the double/triple-barrel turrets are a nice touch. He'd like to dig into some Kilrathi ships next. You can catch up on some of the early work done for this mod here. 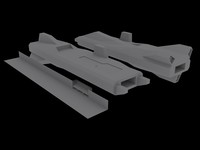 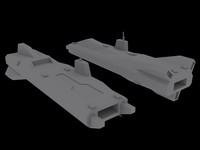 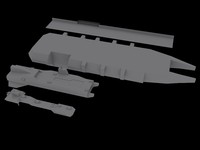 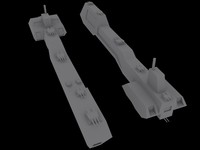 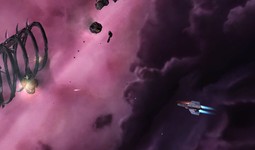 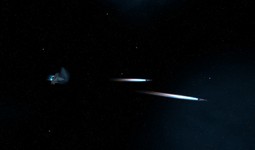 It has been some time since I posted in this thread, and I am sorry to say that there was a hangup. My friend is still trying to get a good extractor working for the iff files, but until he can work something out, this is sort of at a stand still. Just yesterday, on a whim, I started working on a new mesh, not sure where I was going to go with it. Well, that mesh has its primary structure completed, and I can show you exactly where I ended up. :)

I added turrets to the Victory, have completed the Tallahassee and have a good portion of the Vesuvius. Next on my list, after I finish that mesh, is to start and finish a Kilrathi ship or two. I'm starting with the capitals as there are fewer of them to have to contend with.