There are lots of fun and useful programs in the CIC Files Section, but many of them are years old. The good news is that DOSBox and other tricks can get almost everything running today. When Wingnuts run across issues on newer hardware, they're super clever at getting things fixed! ARMEdit, the editor for Wing Commander Armada, is a great example. The program lets players doctor up the stats for the game's fighters, but it has issues with 64-bit operating systems. Whiplash did some investigation and managed to get it running with a relatively minor tweak explained below. He also pulled out some fun data tables based on the info that the editor sees. If you encounter an issue and need the help of fellow fans, hit up the CIC Forums!

Sorted! It was much simpler than I thought. Following the instructions in the readme file did not do the trick for me, so I fiddled about a bit. Here's how it works:

1) Backup Data.tre in case something goes wrong.
2) Unzip the files to the Armada root folder.
3) Using DOSBox, navigate to the Armada folder, and run the following command: "Tresplit data.tre". This will unpack DATA.TRE so that it becomes editable.
4) Run Armedit.exe, and edit to heart's content. Select "Update Data.tre" when done.
5) Run the game; it should launch normally.

Voila! I've tested it sucessfully by equipping the Arrow with a mass driver. Hope someone finds this useful! 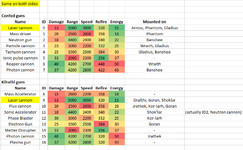 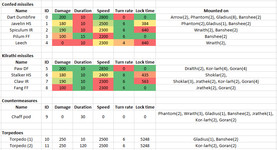