M3RcAden's Sins of a Solar Empire mod is making good progress thanks to some new ship assets. The latest images reveal the Hellcat, Excalibur and Thunderbolt additions to complete the famous WC3 lineup. Some of the earlier fighters like the Longbow also have new weapon hardpoints implemented. There's some basic conceptual work being done now to define the role of fighter versus capship in the project, and M3RcAden has started to convert the music over to more familiar tracks. It's always pretty neat when fan projects reach this point where Wing Commander ships have been imported and you can start to see how neat they look with newer engines' special effects in action. 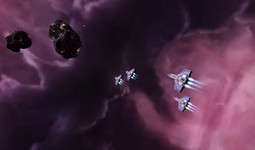 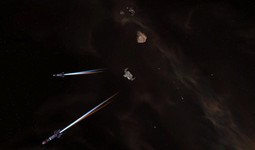 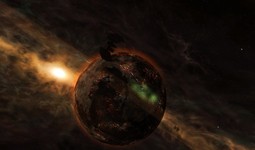 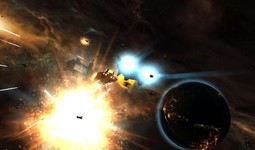 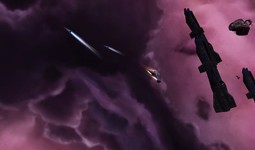 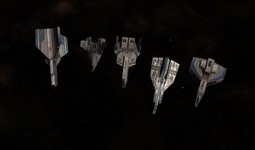 Since Wing Commander was all about the fighters, not the capital ships, and their fight against the Kilrathi, most of the models in the mod will be fighters. Sadly Sins restricts us to having 15 mandatory slots, so we can't pick this. Every slot has to have a roll. That being said, all of the 'frigate' and 'cruiser' classes of ships are being turned into fighters. Capital ships and the Titans will be the cap ships we have seen in the games, and thus we don't have to come up with too many extra designs. Like I said in my initial post, I would like to be able to use all the orginal game assets, as I plan to make everything spam like there is no tomorrow.

On a side note, I did change the stock menu music with that of the WC3 theme. :)