Here's something from 2012 that we've only now come across. German Hip Hop artist Smudo (Die Fantastischen Vier / Fanta 4) was a speaker at the 2012 edition of LARA, a local awards event for videogames. Golem.de has some two minutes of footage in which the artist discusses his connection to Wing Commander. We've previously reported that Smudo was a background actor in Wing Commander Prophecy (pictures), something we only learned about this when our German readers spotted him in the Prophecy set photographs. You can watch the clip here. Perhaps one of our German visitors could provide a translated transcript? 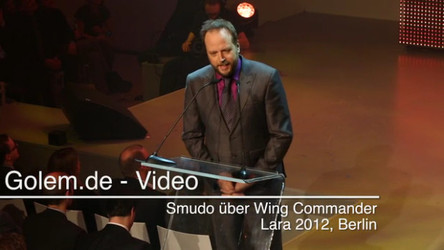 News sites around the world are carrying a story about SpaceX's launch today, and the big ones are almost all negative. "SpaceX Stumbles," "Booster Fails" and "Lands with a Crash" are what you'd see if you just skimmed the major outlets. Yikes, huh? It's all a matter of perspective, however. Smaller and science minded publications had a much different take. Business Insider says, "SUCCESS: Elon Musk Landed A Rocket On A Platform In The Ocean." Yes, they're talking about the same event this morning! The rocket did hit its mark, just harder than expected. But it came down on target to a bullseye bobbing in the ocean, and the floating pad is still operating fine. The SpaceX team has already isolated the issue to the hydraulics system powering the grid fins used for steering, and next time they're upping the reservoir to compensate. And the Dragon capsule that went up today should successfully resupply the space station in about two days! 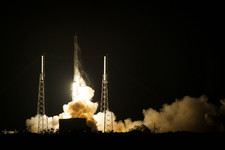 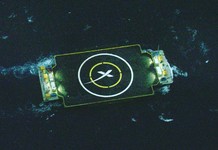 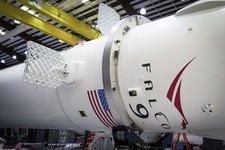