Eurogamer has posted a new article on the unreleased games of Origin Systems, Inc. It's an interesting look at both conventional and off-the-wall ideas that never made it to production. They highlight what would have been a number of new IPs rather than the defunct sequels of the established franchises.

Carl's Crazy Carnival: "This is a game made up of several small games that, together, allow the player to free 'Carny' Carl, owner of Carl's Carnival. He's been captured by a cartel of crazy clowns who have conspired to convert Carl's Carnival into complete chaos."

Armed only with a water pistol but with the ability to upgrade to better weapons through arcade-machine tickets, Carl's Crazy Carnival would have you defeat legions of amusing enemies in order to reach the Cosmic Comet Roller Coaster. There, you'd free Carl and save the day.

Reading the pitch, it's oddly unclear what sort of game Carl's Crazy Carnival would have been. There's mention of minigames, action and overhead maps, but nowhere does it specify a perspective or specific genre. Even Warren Spector seems unsure now, describing it only as a 'console-style game' pitched by one of the artists on his team, the late ZZ-Top and Ultima artist, Bill Narum. "I liked the idea of a funny game and pitched it to the exec team," says Spector. "It was rejected."

Wing Commander had quite a few canceled games over the years. On the MMO front, there were multiple attempts at both Privateer Online and Wing Commander Online. The Maniac Missions was briefly in work in 1997, which was the same year that the Wing Commander Hazardous Duty FPS game was in development. After Secret Ops, there was to be a co-op multiplayer sequel called Strike Team, which was eventually superseded by WC Shadow Force. Privateer 3: Retribution was also an especially tantalizing game that even made it to magazine covers before being canceled! Quite a few ports failed to see the light of day as well. Beyond WC2 SNES, there were proposed WC3 & WC4 editions planned for the Saturn, WC3 slated for the M2 and WC4 for the 3DO. The campaign for Arena was also cut before release. The axe wasn't limited to software either! The X-Toys Wing Commander vehicles, SciPubTech cutaway poster, Pilgrim Truth novel and the Showscan WC Movie Ride were among the canceled physical products. Although we couldn't experience each of these first hand, the least we can do is remember them here from time to time! 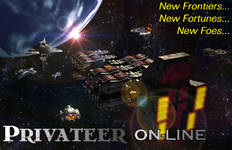 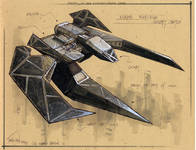 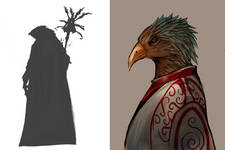 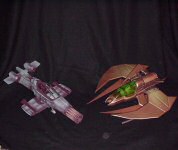