Concept artist Mariano Diaz has posted some startling Kilrathi additions to his portfolio. Much like Rob McKinnon's work, this dates back a couple years to Chris Roberts' early Wing Commander pitch for what would eventually become Star Citizen. The Kilrathi included here are some of the most terrifying depictions anywhere. There's also a clear visual lineage from these designs to the aliens that are now known as the Vanduul (Update: However, the Vanduul were independently developed by Chris Olivia). Check out the slick looking Salthi as well. If there's any chance that these monsters are what Chris has in mind for a future director's cut of the Wing Commander Movie, that would be something to see! 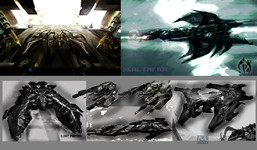 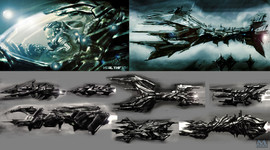 Thanks to Klavs for the tip!