Lord Savage has posted a neat scan that shows the famous SNES Wing Commander advertisement as it appeared on the back of a comic book. This appears to be the February 1993 issue of Avengers West Coast (the "91" above "Feb" means "Issue 91"). Many Wingnuts have seen this ad in magazines like GamePro, but it's neat to see how they cross marketed WC back in the day. The image itself was painted by Michael Winterbauer in 1992, and there's some neat backstory on it here. 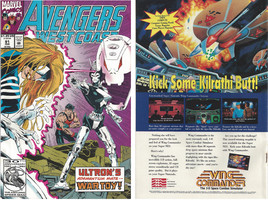 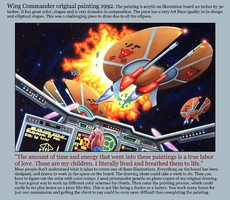