One of the missions of the CIC is to research obscure Wing Commander information and share it with the community. AD is particularly good at digging up bits and pieces relating to the Wing Commander Movie, and he's recently started tracking yet another lead. We know some things about the film in Brazil, France, South Korea, Japan, Italy, Central Europe and many other places, but there's still a big world out there! It's fascinating just to see how many different promotional posters there are. AD's latest investigation takes us to Hungary...

The WC movie was released in Hungary under the title 'Wing Commander - Az űrkommandó' in September of 1999... Beyond that we really didn't know much about that release. We've previously come across some minor tidbits on the film. A WCNews reader once sent us pictures of his theater ticket stub, and LOAF once ordered a promo booklet for the film that was released in Hungarian... and that's about it.

So I decided to do a little more hunting. I had previously found the website of the company that released the movie in Hungary but no success in finding any info on their site. I can't even tell if the movie officially had a DVD release in the country. I came across this DVD cover a while back. It looks kinda official but the font feels like something homemade, so I assumed at the time it was a fanmade cover, but now I'm not so sure. It appears there was at the very least a VHS release of the film in Hungary and it looks like the Hungarian version was dubbed as well.

Here is the Hungarian voiceover cast:

Finally, it does look like the movie airs periodically on TV in Hungary.

If you can help us out with more info on any of the many different language releases of the WC movie, not just Hungarian, let us know. 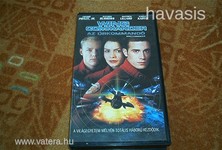 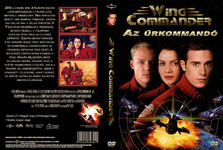 If you have anything else to add, please stop by the CIC Forums!