Today marks 16 years since the end of Wing Commander Secret Ops' episodic run. The game's first chapter was released on August 27, 1998, which kicked off an exciting seven-week adventure. New fiction was released on Mondays, Tuesdays and Wednesdays while pilots geared up for a mission pack each Thursday until October 8. There were 56 total missions that branched depending on success or failure, and each episode even generated a password that would change the tone of the web-based story to match. At 112 megabytes for the first week's starter pack, the initial chapter was an all-night download for the majority of players still on dial-up modems, which was a memorable spectacle in itself. The few broadband users out there got the game quick, but some of them actually got copies that were infected with the CIH virus! 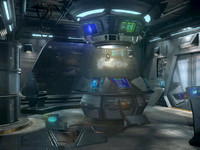 Since its 10th anniversary, the CIC has been able to share the game files directly with fans prepared to battle the Nephilim. It's also available bundled with Prophecy over at GOG. The starter pack linked below also comes with an enhanced installer that fixes a number of incompatibilities with modern computers and includes OpenGL/high resolution graphical upgrades. Fans have also figured out how to get the game running on Mac OS X.

If you get stuck, check out Shades' Secret Ops Guide. When you're done replaying the game, be sure to check out some of the fantastic mods that fans have created. Standoff and Unknown Enemy set a high bar that all other mods have strived for. There's also a nifty ship viewer to analyze the game's space ships more closely. Good luck pushing back the alien menace! 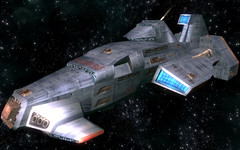 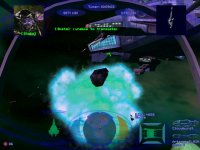