Whistler tipped us off about another new development related to Piranha Games. GameStar.de was able to get a response from EA Germany that disputes PGI's recent claim to have the license to make a Wing Commander game. This is where things still seem a bit murky. It's possible that the truth is getting mixed up between semantics and translation. Perhaps EA Germany's assertion relates more to overall ownership of the brand rather than the ability to make a particular game. Our investigation still suggests that Piranha probably did work out some sort of deal with EA, but the details are still unknown. You can find the article here or an English translation here.

The studio behind Mechwarrior Online and the new crowdfunding project Transverse claims it owns the Wing Commander license. Upon request of Gamestar, EA Germany tells us the statement of the creative directors Bryan Ekman was "incorrect" and the rights to the brand Wing Commander still remain alone at Electronic Arts.

However, the studio itself insists currently be in possession of the brand. Company chief Russ Bullock told us on the forums he had nothing to add. They wanted to leave no explanatory statement, or prove the ownership of the brand. 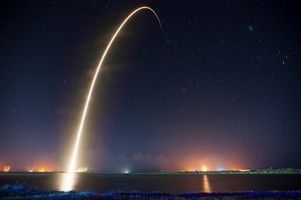